Term 3 A moment in time

We took part in activities with different teachers in Year 5 and 6. Holly.

It was really fun dressing up and teachers were also dressed up as their favourite book characters. It was interesting to see which books people were reading. The teachers read extracts and then we did a follow up activity.

Everyone got a sticker and there were prizes for the best dressed in every year group.

Our hook this week was to make a War time soup. We had ingredients from our ration books of carrots, potatoes, leek and we made a soup. We had to wash, peel and chop our vegetables and boil them for 20 minutes.  Eman

The soup tasted quite nice-Joe Fyson

Jahmoure asked if he could have some more...

Oscar said the carrots were too crunchy and he makes much better soup now.

Hannah thought the soup was delicious.

We finished by have a debate.

We considered the question.

Was our diet better in war time than it is now?

Today was History day and many of us dressed up as evacuee children. Miss Stone, Miss Bence, Mrs Croot and Mrs. Mc Celland all dressed up as Land Girls and were digging for victory. We had two Winston Churchill's and a member of the French resistance. Mrs.Croot baked a ration cake which had no eggs, butter and only a little sugar but it still tasted yummy.

Today, we revisited our knowledge and understanding of the Blitz and air raid shelters. We decided that a successful air raid shelter needed to be strong, secure and safe. We had to fit 5 or 6 children inside. Working as a team, we used the play pod materials to build a shelter.

This week we drew blitz posters about how to stay safe in world war 2. The main thing we drew about was bomb shelters if you were in the middle of the city then you would have to run under ground to the railway system.  Another thing we learnt about was the air raid siren. It was the distress call when we saw German bombers.

We have kicked off the week with the first ukulele lesson of term 3! 5 lime learned how to read music and the history of why we have the different symbols in music.Our topic in PE is hockey and we did our first lesson on Monday and we learned about how to hold a hockey stick, dribble and how to do a push pass.

On Wednesday, 5 lime started the day with IT. We made games on the ipads with the SAM labs and we learnt how to connect the buzzers and RGB LED blocks, choose different settings or sounds on the ipad and we even included possession and contraction in the game too! In art, we discussed what things we would send to a relative or friend at war that would remind them of you when they were at war. We then drew our ideas on sugar paper and shred them with the rest of the class. People came up with teddy bears, wooden boxes and books and we could be even making these in the next few weeks!

Today we looked at a variety of sources including ration books, textbooks, models, charts, maps propaganda posters and photographs. Looking at each source, we answered the following questions.

This week in 5 Lime ,we worked in groups to look at documents , newspapers and fighter and bomber planes from W.W 2.We did because we could learn more about it.In science we talked about forces and matched certain forces to its definition, like gravity and air resistance etc.In maths we have been learning about multiplication and division, 2,3,4 digit numbers multiplied by 1 digit.In english we have been doing work on our new book named Goodnight Mister Tom and have been describing cities and the countryside using prepositions and noun phrases.In R.E we discussed what it would be like to be a Muslim in Britain today.

Hope you all had a great break over the Christmas period.

We look forward to seeing the children on Tuesday 7th January, ready for an exciting new term!

This term we are learning about WWII and will be sharing the book ‘Goodnight Mr Tom’ with the children.

PPA will be on a Wednesday morning and covered by Mrs.H and Mr.Germain.

PE days will remain on the same days, Mondays and Fridays. We will be covering dance and hockey. Please ensure your child has the correct kit consisting of a white t shirt, black shorts leggings or tracksuit bottoms and black daps or trainers. 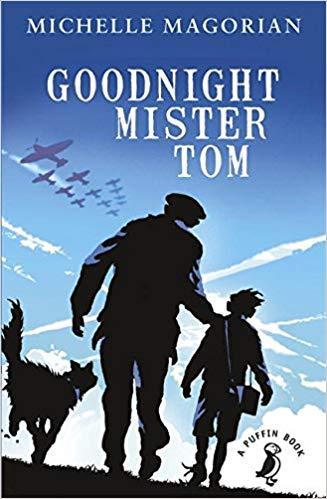