This is our last week of term and this week we have:

Made some crowns because it is the Queen's Jubilee.  We looked at what it was like for children in the 1990's. In the 90's the internet was invented by Tim Berners-Lee. If it wasn't for him we wouldn't be able to watch YouTube, Tik Tok, Netflik and use Google. Furbis were also invented in the 90's and they are still around now. Tamagochi's were invented, they are still around now but are different because the animal use to die but now the animal turns in to an alien if you don't look after it. - Jessie, Joey, Stella, Logan & Zubair

In English, we created a holiday brochure about Shanghai. We told people about what kind of food you could eat there, like steamy, hot dumplings and Mooncakes. You could visit the Shanghai Tower. This tower is 632m tall. - Iris, Joey & Omar.

This week we went to the mosque and the Imam called Mohammed told us about what Muslims do in the mosque.  Omar, Rahma, Yasir and Zubair they showed us what they do when they their mosque. Omar and Zubair both recited the Qur'an. Yasir showed us how he prays and Rahma told us the story of Noah. - Rivers, Joey, Omar & Stevie.

My favourite thing about the mosque was listening to Omar and Zubair speaking in Arabic because I liked the sound of the words. - Coco

I learnt that Muslims have 99 beads on their pray beads. There are 99 beads because there are ways to say Allah. - Elliot

On Thursday we also did some reflecting. We went in the hall and did 5 different activities.

Meditating in the library - first we took our shoes of, then found a comfy space and then we lay down and closed our eyes. I felt calm  and relaxed - Logan

Playdough - We had to sculpt something about 'Trust'. I created two people holding hands because you can trust people who are your friends. - Zubair

Created hearts - we decorated hearts and said how we trust ourselves. 'I trust myself because I know I will do the right thing' - Aleah & Edith

Creating a dream catcher of Trust. We wrote on a label why we can be trusted. 'I can be trusted to push my brother on the swing because I am responsible.' - Stella

We looked at pictures and we had to say how the picture showed trust. One of the pictures showed someone saving a city from rising water levels. I think this shows trust because the city is trusting that person to save them. - Barnaby 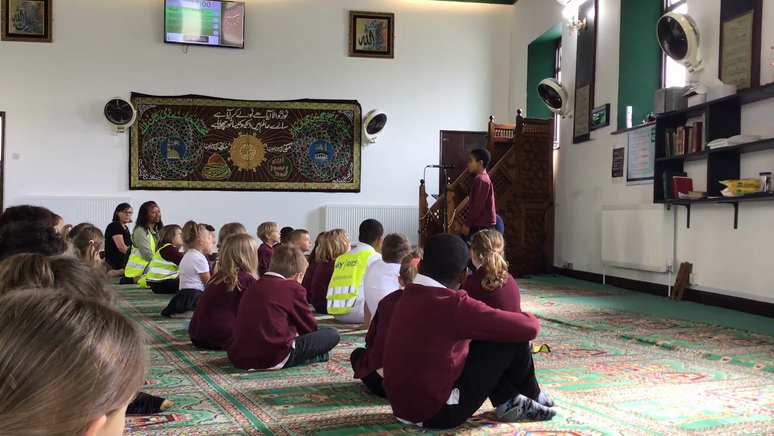 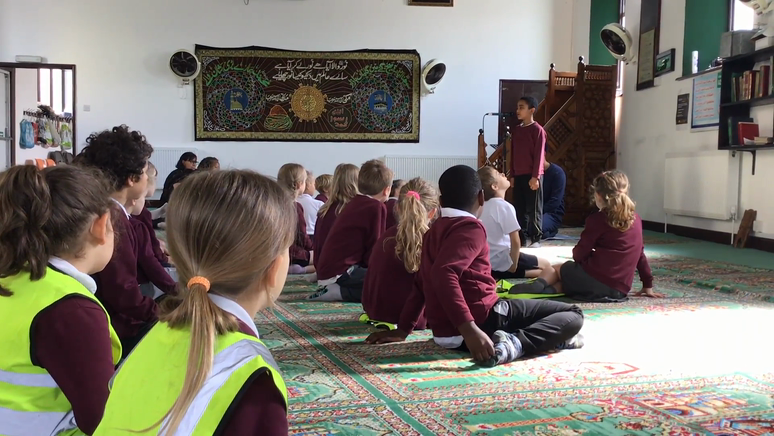 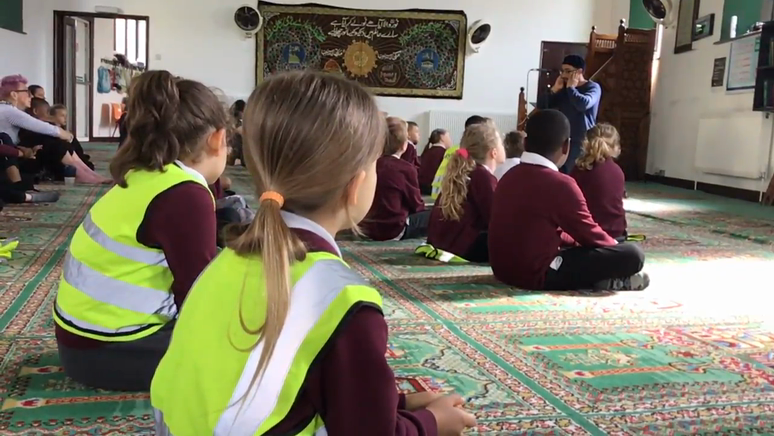 In Maths, we have continued to learn about 3D shapes. Did you know that a sphere has 0 vertices?

We have also been learning about number bonds and we played a game of 'Shut the Box'.

How you play Shut the Box

- Then add the numbers together

- After choose a way to make the number that you roll and cross them off - You can even steal your partners numbers!

- The winner is the first one to use all their numbers

No 1: put water on the paper first then add the colour.

No. 2. put water on the brush, add the colour, then paint on the paper.

No. 4 add water to paint brush, add the colour, paint the paper and dab with some tissue.

In Science we have been learning about plants, how plants grow and what they need. Plants need water, air and sunlight. - Stella

We have also began our Year 2 SATs, which have been a nice challenge for some of us - Sylvie.

In English we made Chinese dumplings and then after that we planned our instructions and then wrote them. - Stella

In Maths we have been learning how to tell the time, for example quarter past 12 is when the minute hand is on the 3 and the hour hand has just gone past the 12. - Barnaby