Baking specialty scones and breads for Zoe to take on her journey.

All week, we have been leaning about angles such as acute (less than 90 degrees), right angles (90 degrees), obtuse (between 91-180 degrees) and reflex (between 181-359 degrees) angles. We used protractors to accurately and we calculated the angles of a shape without using a protractor.

This week, we baked scones or bread in gropes of 4-6. After they were cooked we ate and evaluated them. On Thursday we when to the park and ate some more scone for we made especially for that after noon – with jam!

In English, we have been looking at how to write a formal news report on the tsunami in north east of Japan. An introduction includes: What, where, when, why, who.

In geography, we looked at OS maps (ordinance survey maps) , identifying where are the places most likely to flood which are near lakes , rivers , ponds and on flat ground . Then we put post it notes on the map showing where the best places are.

On Thursday, we were given attendance Ted because we had the best attendance in the school. For the Friday challenge we are drawing our costumes for world book day

In PE we played basketball matches against different teams in groups of five using the skills we have learnt this term.

And now its Friday and the end of term. We only have one term left in Primary school and we are going to miss it.

By Amber and Hannah

In English, we have been learning about tsunamis and we made fact files about them; made for the year 2s and the year 5s. We have been learning about tsunamis and the destruction they can cause. The tsunami we have studying on specifically is the 2011 tsunami that happened in Fukashima- Japan. We have also started looking at newspaper reports, identifying their features. During our starters, we have been refreshing our memories about active and passive sentences.

In math we have been learning about ratio and scale factors. When you enlarge a shape by the scaled factor of 2 it means you double the lengths of each side.

In science we learnt about how sometimes boiling water freezes faster than cold water. This theory is called the M-Pemba theory. We have been developing our conclusions, making sure we include all the elements we need to.

Facts and opinions have been the focus of our Guided Reading sessions.

We also took a day to learn about budgeting and the advantages of saving our pocket money so we can buy something we really want.

We learnt about Spanish food with Mrs H!

In Topic, we did DT and made bread rolls (which were salty because someone put too much salt in the mix) and scones (which crumbled on Alice’s Topic book).  We learnt the new skills of kneading and rubbing – although we learnt that too much rubbing makes the mixture too hot and the butter melts.

In Science, we learnt how to create conclusions and evidence. We also made bar graphs to show which teacher’s tea was hotter and colder and we measured how cold they got every 10 minutes, so we did that 6 times and Miss Price’s tea flask was the best.

In R.E, we learned why Jesus’ body was not in the tomb after the crucifixion.

Finally, in Maths, we learnt about ratios and it was really interesting! J  Ratio means the relationship between amounts.

This week we have been learning about drugs. We have learnt which drugs are illegal and which are not. Although we knew some of them, we did not know the impact on the human body. This afternoon we made leaflets about a specific type of drug in our group.

In English we made our own tweet by only using 280 characters.  We had to tweet being Makio in our class book about the 2011 tsunami in Japan. The book was based on a fiction character but in a non-fiction event.

In Maths we have been continuing our learning about volume. We know the volume is the capacity of a 3D shape or container, using length x height x width - _____ cubed.

We designed our own scone/bread roll/pita bread in topic as Zoe will need a survival pack as she escapes flooding Norwich. We will be making them next week. We are all really excited. First we designed our own idea, then we decided what we were going to be baking in our group using our ideas and putting them together and creating a group design.

BY AMY B AND NYNKE

In Maths, we have ended our topic on area and started one on ratio. We also used multilink to measure volume in 3D objects. For a while now, we have been working on area and perimeter. We now know how to find the area of a triangle and parallelogram.

In English, we have been focusing on The Phone Booth in Mr Hirota’s Garden. After reading the book, we wrote a short paragraph on the first page of the picture book. We were asked to put a lot of emotion in it, and they are all very moving. We strongly recommend reading the book.

In PSHE we have started learning about drugs. We listed all the different types of drugs, such as:

Unrestricted, anyone can buy them.

Restricted, there are some rules saying who can buy/use these drugs.

Prescribed, only a doctor can legally give these drugs.

Illegal, these drugs can only be bought/used illegally.

In Topic, we have studying tsunamis and floods. We have also been reading a book called Floodland, which is about a world that has been flooded and a girl, Zoe, who wants to find her long lost parents. A group of bullies have been chasing her, because she has the only boat, to get out of Norwich which has now become an island because of the mass flooding. We have been tasting bread, rolls and scones as they are very portable foods. (We are basing our DT on portable foods for Zoe in Floodland to have on her journey away from Norwich.)

In the Friday challenge this week, we had to see how many words we could read in 1 minute. Our class average is 402 words.

WELCOME BACK TO TERM 5

We hope you had a relaxing Easter break and are ready for some GREAT learning.

Follow this link to find our Knowledge Organsiers for the term.

This term, our learning is focusing on investigating ‘Why might some of the UK be under water in 2050?’ Through this we will be developing our knowledge of countries and cities within the UK, identifying their human and physical features. Using this knowledge, we will be comparing similar terrains within the UK, Europe and America. In addition to this, we will learn more about flooding and the impact it has on different locations. 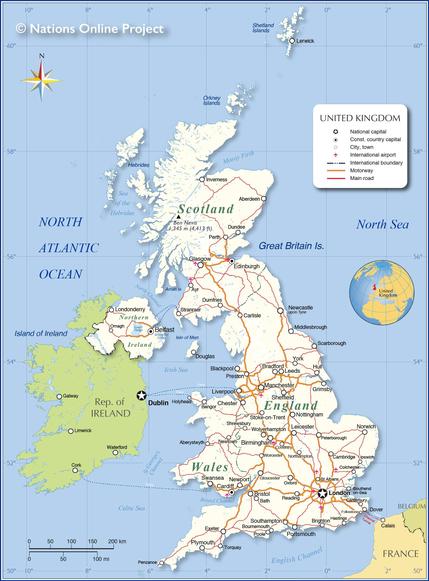 Working scientifically is VITAL to developing scientific knowledge and understanding. We will be building on the skills we learnt last term to plan and carry out an experiment.

In Maths we will be recapping our knowledge on area, perimeter and volume of different shapes and learning about ratio.

Monday and Friday are our PE day this term with a focus on Tennis and Dodgeball.

In DT this term we are focusing on food technology. Your task is to design, make and evaluate a survival food parcel for Zoe for her travels.

In RE we are focusing on salvation with a focus on answering this question: What difference does the resurrection make to Christians?

We are lucky to have our local PCSO visit us this term to talk about internet safety, drugs and alcohol.

We are really excited to see you all.